You are here HomeHealth CareAre energy drinks bad for the heart?

The high content of caffeine in energy drinks can be dangerous to our cardiovascular system and lead to problems such as tachycardia or increases in blood pressure.

While still potential health risks of this effect, researchers about new findings on the subject suggest that they do not know people who have a heart arrhythmia should avoid these drinks because the arrhythmia may be triggered by changes in rates of contraction from the heart. What are the effects of energy drinks in a healthy heart? 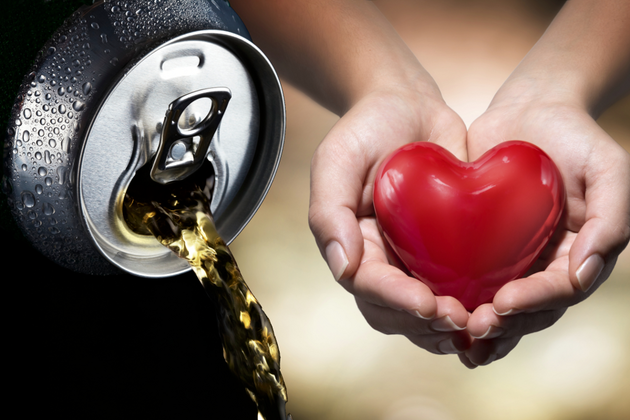 The study was presented at the annual meeting of the Radiological Society of North America, and as yet has not been published in a peer-reviewed journal, the results should be considered preliminary.

Then, one hour after consuming the drinks, all participants underwent another cardiac MRI to see if the consumption of energy drinks had any effect on the functioning of the heart.

However, previous research has shown a link between the consumption of energy drinks and the negative effects on blood pressure. The research presented at a meeting of the American Heart Association this year examined data from seven studies and found that energy drink consumption seemed to increase the blood pressure systolic and increase the QT interval by 1 millisecond.

The energy drinks have been linked to a string of recent deaths and hospitalizations, including the death of 14-year-old Anais Fournier, who died after drinking two drinks Monster in a period of 24 hours. Fournier had a heart condition called mitral valve prolapsed; after drinking energy drinks (which had a combined total of 480 milligrams of caffeine). The teenager from Maryland, USA, suffered cardiac arrest and died of cardiac arrhythmia due to caffeine toxicity.

While 400 milligrams of caffeine a day is considered a safe amount of caffeine for adults (the equivalent of four to five cups of coffee), the Food and Drug Administration notes that there is a set of “safe” level for the children. Researchers of a recent study by the University of Miami also noted that children do not get any benefit from energy drinks and that also could be potentially dangerous.

The FDA announced earlier this year that it is investigating the safety of foods and beverages containing caffeine added to them, in particular its effects on children and adolescents. At this time the FDA requirements for companies to add caffeine to their products are:

Manufacturers can add caffeine to products if they decide they meet the relevant safety standards and if included in the list of ingredients. While several applications can meet the food safety standards, the only time the FDA explicitly approved adding caffeine was in tails 1950 the current rules do not provide for the current proliferation of caffeinated products.