You are here HomeLifeStyleWhat are Women’s Clothing Styles Today?

Out with the old, in with the new! Want to wear trendy clothes fit for today’s generation? If you’re unsure what clothes to wear this season, check out the different clothing styles this generation has to offer. Women love to wear different styles inspired by different movements. The Normcore movement, experimentation, and past trends contributed to Gen Z’s love of clothing. So whether it’s a new print or pattern, the women in today’s generation will surely slay these looks. Discover the clothing styles from retailers like Shein that will make your wardrobe stand out among the crowd. 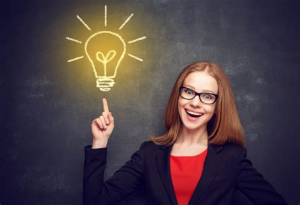 The Normcore movement was born in 2009 with a popular web comic, “Future Shock.” In 2013, trend forecasting company K-Hole picked up the term, and the normcore movement was born. Although the campaign started as a joke, it has become a significant fashion movement. In 2014, Vogue even featured the normcore aesthetic. Normcore clothing styles are generally described as simple and unisex and draw their inspiration from everywhere.

While traditional fashion trends are based on runway looks and must-haves, Gen Z is obsessed with non-trendy clothes. This style emphasizes comfort and not overspending. It also embraces nostalgic styles, such as black leggings, plaid shirts, ripped fishnets, and dark makeup. Tiny sunglasses are also all the rage with the younger generation, though older generations may find them a little too “hipster” for their tastes.

The experimentation with clothing styles has continued with the rise of fusion-wear and androgynous looks. In addition, this generation has embraced gender-fluid fashion and aims to eliminate sartorial limitations. The trend can be seen in the growing popularity of “normcore” or “normal-looking, unisex” clothes. Examples of these styles are mom jeans, dad jeans, and boyfriend jeans. A few items are even available in the unisex form, including t-shirts.

Unlike Millennials, Gen Z is wary of top-down trends and often mixes multiple styles at once. Many Gen Z videos are created on TikTok and have wry humor. Celebrities and artists of color inspired many popular movements of the early 2000s. The “clown core” trend is another example of this experimentation with clothing styles. These videos feature a host of different characters and a variety of colors.

Love for past trends

Despite its youthful looks, women today loves to bring back many classic trends in clothing. The latest fashion fads bring back classic looks from velour tracksuits to baguette bags. While these retro styles might seem dated, the new generation is committed to sustainable fashion and the environment. As a result, the new generation’s tastes and preferences redefine fashion and how we dress.

The early ’00s are still influential in today’s clothing style. The Y2K revival was cheeky and effortless, and the ’90s revival echoes the look of the ’80s. Even a centuries-old corset has been reintroduced, courtesy of designers like Vivienne Westwood and Jean Paul Gaultier. Now, small corset designers are gaining popularity on social media. A corset looks great with a pair of baggy jeans or a satin maxi skirt.

The growing popularity of genderless fashion isn’t limited to women. Even the most traditional men’s clothing is now available for women. Moreover, Gen Z’s preference for gender-neutral style is also reflected in their fashion choices. While “unisex” may still seem ambiguous, it has become a key component of mainstream fashion.

While Millennials tended to stick to the tried-and-true combinations of patterned clothing, Gen Z seems to be wearing anything and everything. Though some Boomers may struggle to let go of the custom of matching handbags and shoes, Gen Z is more likely to care less if an outfit is mismatched than the average person.