You are here HomeLifeStyleMoney World Records

There are so many different sayings about money. ‘Money makes the world go round’ or ‘Money is the root of all evil’. Whatever you feel about money, love it or hate dealing with it, there is no escaping the fact that we all need it to function in society. Money can be a fascinating subject and none more so than when it’s record breaking. Here are some great world record setting facts about cash:

On 3rd February 2004, Ove Nordstrom of Sweden made the Guinness Book of World Records for having the largest money box collection in the world. Collecting since 1957, Ove has collected 5750 money boxes. But is there money in all of them? That would be impressive and would probably be enough to require an accountant! For advice from Gloucester accountants, visit a site like Gloucester accountants Randall and Payne 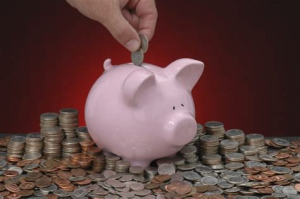 The largest collection of non-duplicated silver coins belongs to Jose Manuel Costa Lavin of Mexico. Jose was instructed by his family to travel the world to stop him worrying about his cancer. He collected 1600 individual silver coins from different nations and now is cancer free and in the Guinness Book of World Records!

The smallest currency ever issued came from Romania in 1917. It was the 10-bani note and measured a minuscule 18×18.5mm.

At the Dubai World Cup in 2010, race goers would experience a record breaking day. On 27th March 2010, the racing that took place resulted in the largest ever prize payouts totalling £17.62 million!

The 1933 Double Eagle coin became the world’s most expensive coin to be sold at auction in June 2021 for a staggering $18.8 million! The coin depicts a flying eagle on one side and liberty on the other and has a face value of just $20. 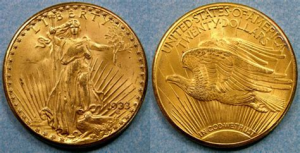 The quickest time that anyone has been able to lay down a mile of coins is 2 hours, 16 mins and 9 seconds. The record is proudly held by the Burnt Hickory Youth Ministry of Georgia, United States and was set in August 2008.

The most coins raised for charity happened in Portugal as a fundraiser for UNICEF in 1998. It was only the equivalent of £152,217 but consisted of 666,809 Portuguese coins of different denominations. It was painstakingly counted at the Portugal Pavilion at Expo 98.

This is probably not a world record worth celebrating but according to figures from 2017, the country to lose the most money by gambling per adult is Australia. During 2016, the average Australian over the age of 17 lost US$1052. Australia was the first country to deregulate gambling and 70% of the population engage in the activity leading to yearly losses of around US$19 billion!