When you think of sports stars, it is hard not to assume that they are all paid lavish salaries, live in big houses and spend all day focussing on their training; however, professionalism in sport is a relatively recent development. Olympic athletes only gained professional status at the 1988 event in Seoul, rugby union players only qualified as professionals in 1995, and the first ever Australian World Cup team comprised a mix of miners and milkmen. 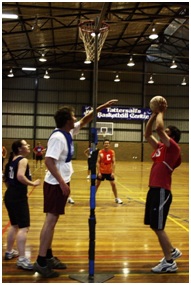 With this information readily available, and often reported in news articles, it is completely understandable that many people do not realise that some sports players are juggling their sports careers with full-time jobs; in fact, the majority of sportsmen and women rely on their jobs to fund their hopes for permanent success.

How do netball players find a balance between netball drills and employment? Some players choose to find work in the same sector as their sport; for example, Romelda Aiken, star goal shooter for the Queensland Firebirds, recently took up a career as a coach at the University of Queensland to help fund her semi-professional netball career.

Sports coaching, such as that provided by Sportplan, is an ideal way to supplement many players’ careers. The players get to earn extra money by doing something they love within the same environment as the one in which they wish to succeed.

After all, who teaches a sport better than a person who loves every inch of it and has first-hand experience in all aspects of that sport? What better way to supplement your playing career than by teaching the finer points to others? This is certainly one of the most beneficial employment choices available to sportsmen and women.

It is widely hoped that all sports will achieve the funding and status required to qualify for professional status; however, in the meantime, netball players will have to continue juggling two careers to follow, and hopefully achieve, their dreams.