Burning calories is sometimes difficult, and therefore we are going to show some simple ways to lose weight that become even something ridiculous or peculiar. By following these tips you can even lose a kilo a week, which is 12 kilos in six months. How to do it? We show you these 11 tips:

According to research by the University of California use the non-dominant hand to eat helps you eat less. We always thought that the way we eat is influenced by the hunger we feel but is actually related to the environment around us. In this study, through attending a movie, it was shown that ate less popcorn if they did with the non-dominant hand. Popcorn is a habit of going to the movies but to change hands behavior became more rational. Thus, there are many ways to change our eating habits, such as change rooms or use chopsticks. So, the senses are awakened by lunchtime that we pay more attention to what we eat and we get burn calories indirectly. 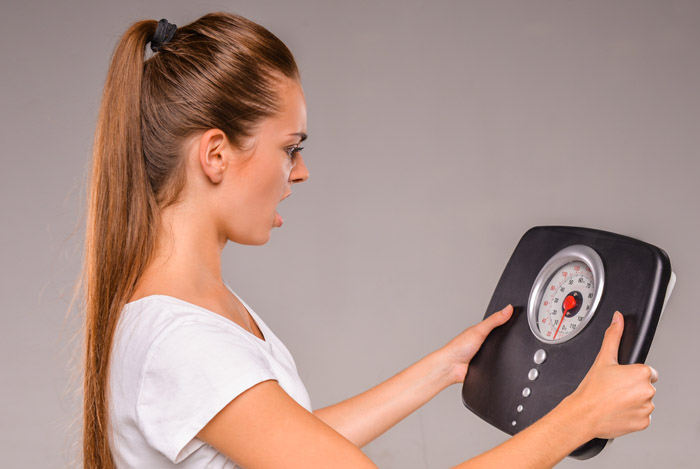 Stress fat and not lose weight even though everyone thinks otherwise. According to research by the University Of Ohio (USA) stress can alter the metabolism of our body. In this study, a number of women ate food with fat in a given period of time. Those with a high level of stress, fewer calories burned during the study than those who were not stressed. Thus, it appears that stress causes the body to store calories that is the opposite we seek.

To keep stress at bay is advisable to practice yoga. Do this for one hour, three days a week for two months, he showed that levels of the hormone cortisol associated with stress and anxiety, descend. Start with a daily routine of 10 minutes is a good way to start.

According to studies, eating plums for about 12 weeks helps to lose an average of two kilos. The only problem is that being so digestive, how to lose those kilos is not so nice but it depends on each person. As a rule, it does not have any side effects but may vary from person to person. Its high fiber content will help you feel full longer which will make you eat less. You can combine them with protein such as cheese or breakfast cereals to maintain a balance and variety.

4. The best snacks in the afternoon

If you divide your food into 5 or 6 meals to burn calories and control hunger, you can even dispense with one to lose something else. For example, the snack mid morning can help it. According to studies related to the subject, this meal is less effective in losing weight if you take in the evening. It is not known exactly why but we tend to think it is less effective to burn calories if taken mid afternoon. It is believed to have less to do with what we eat and the (shorter) period of time between breakfast and mid-morning drink in lunch and snack.

5. Do not consume products “light” or “low calorie”

Several studies have also found that people eating a 50% more light products, which is called “halo” effect, i.e. that gives the product a feeling healthier and makes us feel less guilty when ingested and end up eating more. This regardless these products contain more sugars than normal to counteract their lack of flavor and make them more satisfying. Thus we have to do is to always eat the same amount of low-calorie products than their normal variants.

According to a report published in the journal Appetite, dinner with men causes at least 100 fewer calories ingested. When we go out with men also, if they are young and handsome, we become more aware and improve our self when we go out with our friends or women. Going out with friends over a situation of trust so we have less self-control. We do not want to indicate that men always leave friendship aside but when you go out with friends to be aware of what you’re asking to eat.

7. Smells an apple or a banana

There are certain odors of certain foods that make us remove appetite. Just as there are others that we are made mouth water, others do the opposite. Surprisingly green bananas and apples are two of them. Although not fully understood this mechanism appears to be that the smell affects 90% taste. Takes effect even when it is full. It also influences when for example, are all day cooking and then eat when you have so much hunger. Studies also the smell of vanilla and mint reduce appetite so that indirectly helps burn calories.

8. Exercise in the morning

Out to exercise in the morning helps reduce appetite and increase energy for the day, according to research by the University of Brigham Young. The appetite reducing effect has exercise lasts a short period of time until the body temperature back to normal. Exercise in the morning energizes and encourages moving more during the day which helps burn calories gradually. Things as simple as taking the stairs or walking to do any task are some of the alternatives that give a good result.

9. Increase the amount of protein

Eat more protein foods; eat less help in several ways. These take longer to digest than carbohydrates and fats. The metabolism increases to digest protein and fill you up for longer. You can try to eat egg instead of cereal in the morning or Greek yogurt low in calories instead of fruit, salmon or chicken instead of salad, etc.

10. Good atmosphere in the house

Sex is another of the most common exercise, get pleasure and fun way while. It is proven that having sex several times a week improves throughout the body and helps burn calories easily. Therefore, we recommend certain natural products that help improve the excitement so you keep a daily effective rate of sex will help to enhance sexual arousal and thus burn calories.