You are here HomeHealth CareHow to identify gluten sensitivity

Both celiac gluten sensitivity are required to make a number of changes in the daily diet; in particular, it is well eliminate foods containing gluten to avoid other health problems.

Celiac disease is a disorder that results from intolerance to gluten and in the world affects one in 100. In some cases, you can present similar symptoms even though the diagnosis of celiac disease was negative. 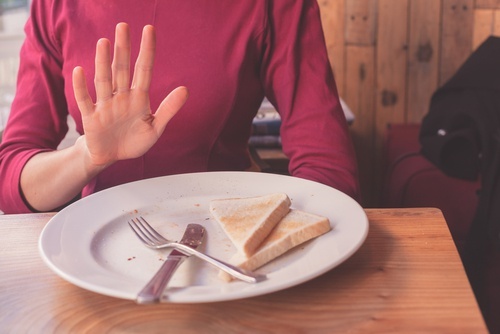 Therefore, health experts have introduced the term “sensitivity to gluten not celiac “and, although so far there is not an exact analysis to identify, doctors agree that it can be kept under control with a free diet gluten .

Many people with these problems resort to quick measurements without first consulting a doctor and adopt a gluten-free diet to avoid the annoying symptoms.

However, it is very important to correctly identify gluten sensitivity, because a diet that does not contain it is not easy to follow and it is best to do it under the supervision of a specialist to avoid change.

As with other health problems, celiac disease and non-celiac gluten sensitivity they cannot be identified in time if you do not know the symptoms. For this, it is very important to inform and be able to identify the moment when symptoms require medical advice.

What are the symptoms that reveal a problem of gluten sensitivity?

In 2009, the National Institute for Health and Care Excellence (NICE) has issued guidance on the recognition and assessment of celiac disease, developed by a team of gastroenterologists, dietitians, nutritionists, immunologists with the assistance of patient associations.

This guide recommends doctors to advise patients to undergo blood tests as a first step in diagnosing a possible case of celiac disease, especially if a family history or some of these health problems:

Blood tests also in the case where the patient has these symptoms:

Blood tests must obviously be brought to the attention of the doctor and the diagnosis should be confirmed with an intestinal biopsy.

The alternative diagnoses should be avoided, because both celiac disease is gluten sensitivity imply major changes to health that must be kept well under control through the final elimination of the foods that contain gluten.

What to do in case of sensitivity to gluten?

If you have acknowledged manifesting more of the symptoms just mentioned, sporadically or chronic, the best thing to do is consult a doctor to get a clear diagnosis and correct.

Failing to remove it from the gluten is a clear sign of dependence and this must be reported to your doctor or nutritionist.

The cereals that contain gluten are:

Among the cereals that do not contain gluten include:

When buying canned foods, double check the label because often gluten is present in large quantities.

In general, be careful:

After the period of gluten-free diet, you should consult your doctor again to analyze any changes in the body and symptoms, and so check the improvements.

If it comes to celiac disease or gluten sensitivity, then certainly the gluten-free diet is ideal and you can continue to follow to prevent such problems undermine the quality of life.

After the doctor’s diagnosis, on your part you need a constant effort to change your eating habits and make sure that gluten does never part of your diet.